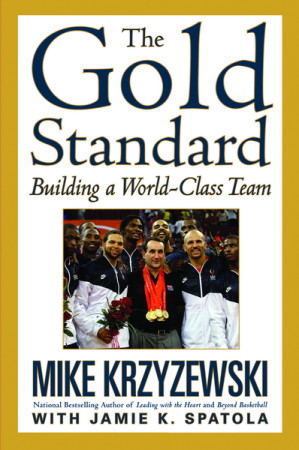 “The Gold Standard: Building a World Class Team” is now available in major retail stores across the country. The amazing journey of the 2008 U.S. Olympic Gold Medal team is chronicled in passages of “time” as told by Coach K along with his daughter and co-author Jamie K. Spatola.

The Gold Standard: Building a World-Class Team is Coach K’s guide to team building, illustrated with experiences from his three years coaching the team that would ultimately win Olympic gold. You’ll see how he formed relationships with LeBron James, Kobe Bryant, Carmelo Anthony, Jason Kidd, Dwayne Wade, and the rest of Team USA’s NBA stars and how they established a set of standards to guide their performance, both on and off the court.