Coach Mike Krzyzewski is the founder and inspiration of the Emily K Center, a non-profit organization in Durham, that was established in 2006 and named in honor of Coach  K’s mother, Emily. Her devotion and love, coupled with her amazing work ethic, provided young Mike with an example he would follow the rest of his life. As a young person Coach K was a fixture in his north side Chicago neighborhood, particularly at a community center where he and his family enjoyed great support. The community center afforded  young people and their families a chance to hone skills, make friends, and strengthen neighborhood ties – all key components to successful individuals and successful communities. Consequently, when Coach Krzyzewski, an equally proud resident of the Durham community, was presented with the idea of a community center years ago, he embraced it wholeheartedly. Coach K and his entire family, among many new and treasured friends, are as committed to the Emily K Center as his parents and the North Side community center were committed to him years ago.

Today the Emily K Center’s mission is to inspire students to dream big, act with character and purpose, and reach their potential as leaders in their community. The Center’s K to College model serves academically-focused students in out-of-school programming designed to help them achieve in school, gain entry to and graduate from college, and break the cycle of poverty in their families.  In addition, the Center serves thousands of students and community members monthly through the use of the Center’s multipurpose rooms, the 2001 Final Four floor that serves as our gymnasium and the performance stage.

In 2010 the Emily K Center celebrated its first class of graduating seniors. Every one of the students received multiple college acceptances and currently are studying at colleges and universities far and wide. Learn more about the Emily K Center at its website www.emilyk.org, follow them on Facebook facebook/EmilyKCenter, Twitter at twitter.com/EmilyKCenter or support them by volunteering or with a donation in honor of Coach by contacting Sara Askey at 919. 680.0308. 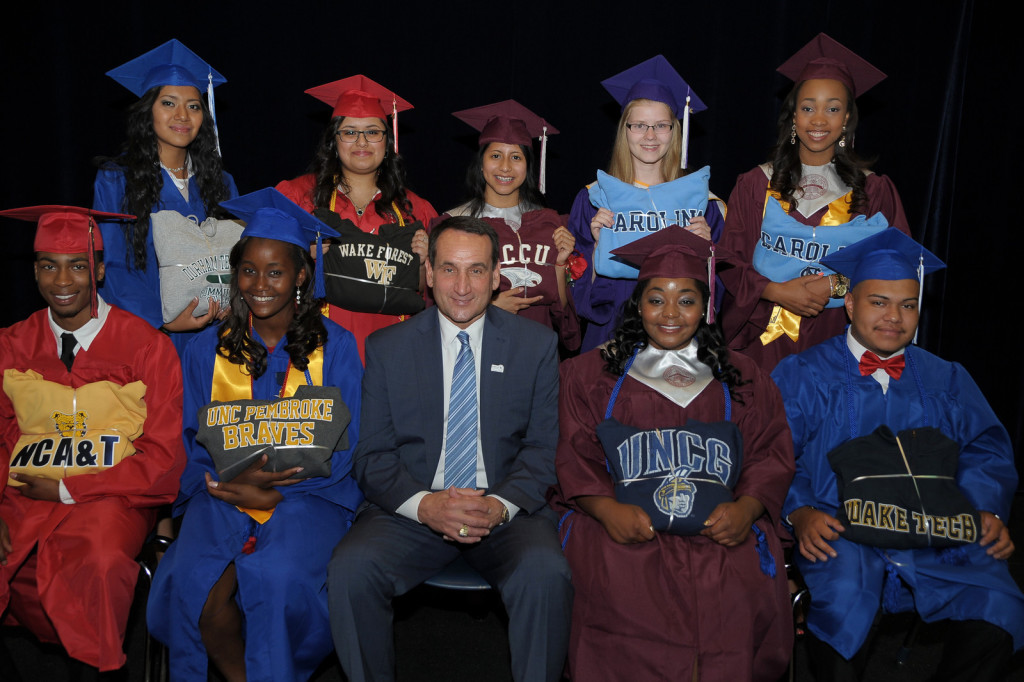